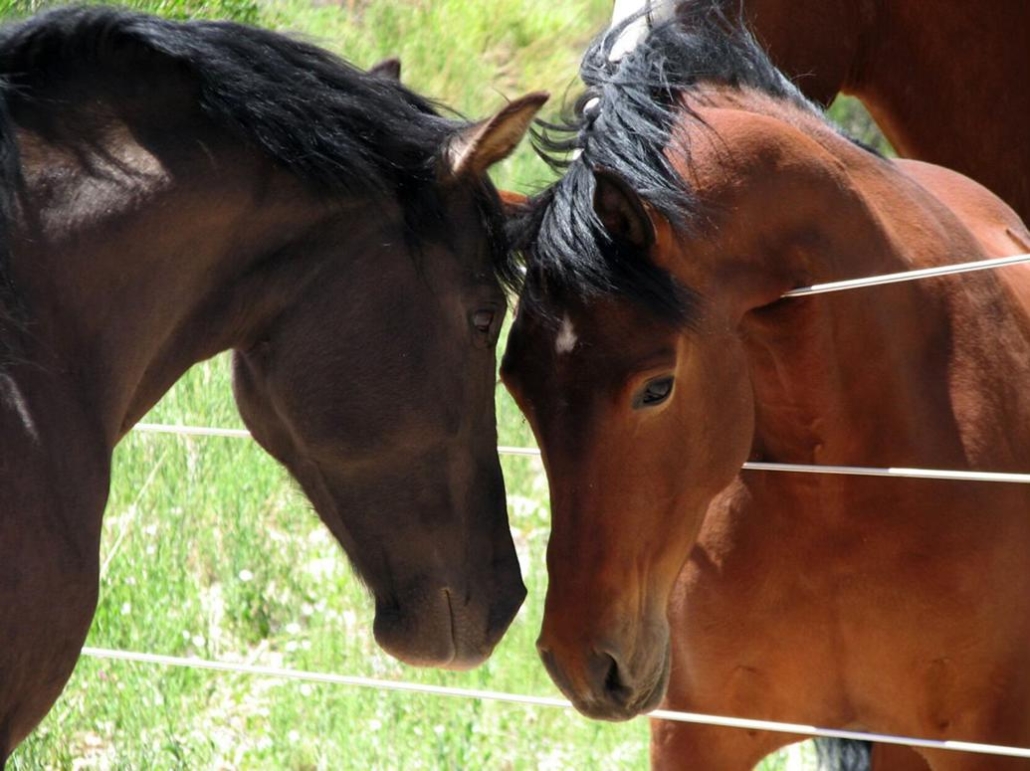 SPECIAL TO THE SENTINEL

Drought plagues the Four Corners. Many wild horses have died slowly in the mud around dry watering holes. Indian nations, the Bureau of Land Management and adoption agencies have struggled to save them. A few survive. Each has its own story.

Two of the horses –– mustang brothers from the same band –– are rescued on Navajo Nation land and find their way to separate homes on the Front Range. Fast forward five years.

She puts her horse-whisperer instincts and skills to work and finds him instead to be just plain scared –– a loving nuzzler who only needs some assurance and attention.

“No one wanted to be around him or take care of him, but he’s the sweetest guy,” said Ann. “He was terrified, and his biting was mistaken for wanting to nuzzle for some comfort.”

She adopted Geronimo and moved him to a friend’s property closer to her home in Boulder. Geronimo was now safe and fully rescued, but something wasn’t quite right Ann could only see him once a week or so, and the quality time with this special horse that she loved was compromised by a hectic and crowded Front Range lifestyle.

Read The Full Article On GJSentinel.com