Traveler, an 18 year old mustang, arrived on our ranch one month ago. Our friend, Jim, generously gave him to us when he moved to Texas from Colorado. Traveler was an unexpected addition to our herd of two, and has rounded out the crew, adding a mellowing and refining “age” component. This guy has a reservoir of deep emotional intelligence that has affected us all expansively. 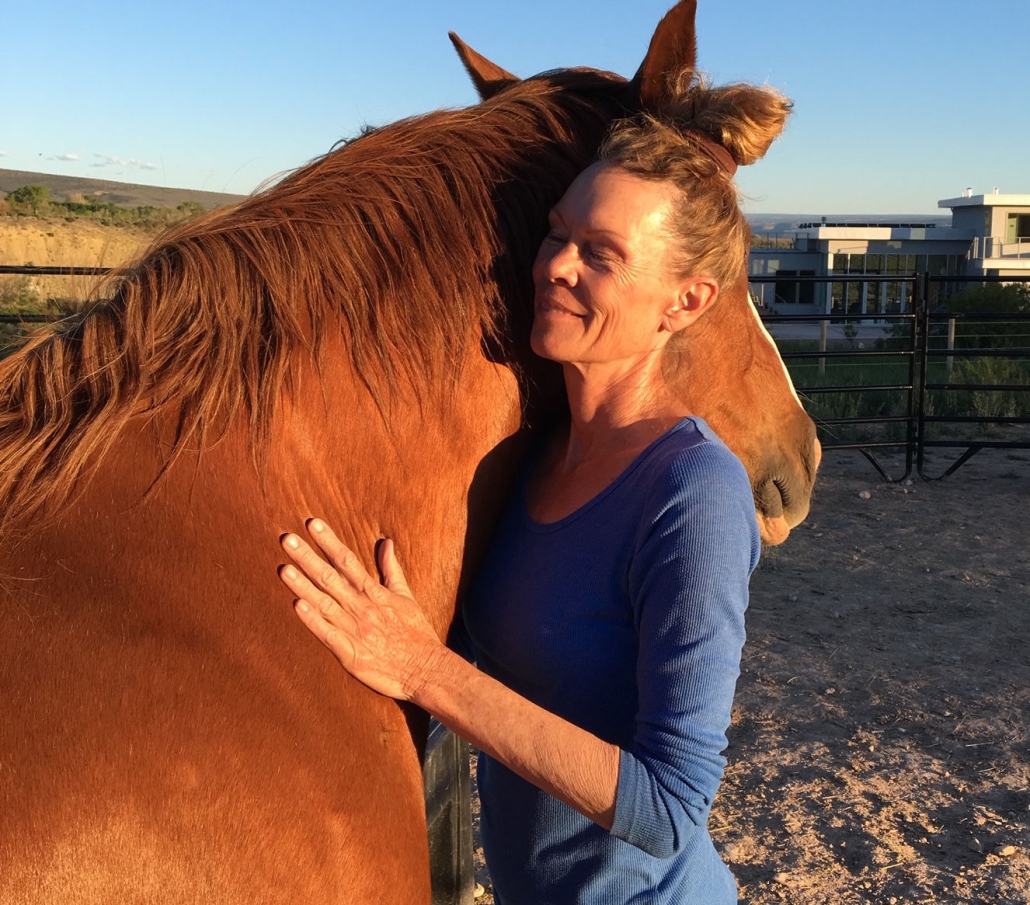 Traveler has a checkered past. He was gathered off the Piceance Creek range in western Colorado when he was less than 3 months old and too young to be separated from his mother. Mother and baby went in tandem to the Canon City prisoner facility to get vaccinated, tattooed with the required mustang ID, and prepped for adoption. He was gelded, separated from mom, and that is the end of his known history.

Fast foreword to Jim finding Traveler, age 8, in a poor condition. He had been kept in a small corral since his adoption and was lame and obese. The wild, young mustang had landed in unsupported conditions. Jim paid an extravagant amount for the dull-eyed, sluggish horse and brought him home.

Traveler was frightened. He had not stepped beyond his limited confines in 8 years. Afraid of shadows, clouds, trees, birds….he was a ghostly vestige of the young stallion that had been birthed in the wild. But with Jim, Traveler improved rapidly. His crippled feet were shortened and put into horseshoes. His muscles emerged bulging beneath a burnished copper hide from daily excursions with a man on his back. Despite the neglect, there was no mean or angry streak, but rather a gentle curiosity shone through his confusion. 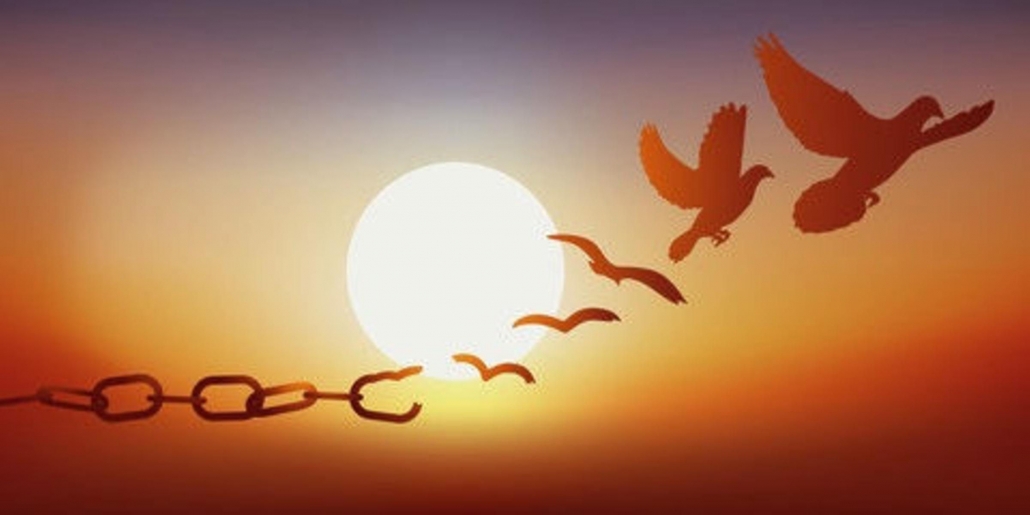 He and Jim had purpose, traversing the scrubby desert in search of two lost mustangs from the Little Bookcliff gang outside of Grand Junction. Notably, they followed Tonkawa and her foal, Tundra for almost 2 years, until they were able to be returned to their herd, with the help of the FOM (Friends of the Mustangs) and BLM (Bureau of Land Management).

Another purpose was his natural attunement to children, in particular, frightened children. Jim tells many stories of Traveler’s massive forehead gently joining up with a heaving, tiny human chest allowing locked up trauma to be whisked away into the ethers.

Traveler had boundless energy until he was kicked by another horse. He still suffers from the resulting stifle injury. Limping on his back left leg gives him a rather rakish, tough guy aura that he wears with panache. His is the “formidable exterior, sweet-cupcake interior” male archetype. Large for a mustang, his barrel chest is rounded and plump with muscle. The white blaze on his face, covering one eye, gives him a perpetually quizzical expression. I think he questions humans and our motives, and accepts whatever he receives.

His breathing and essence is whale-like. Moving in close, he gently curves his head over my shoulder, placing a velveteen nostril against my mouth. He breathes me in with a quiet length of breath. The exhale is a cetacean burst of moist, sage-infused air. I nuzzle the firm, soft nose. Nothing exists but us.

He is present now in a life with us, and the past is but a distant dream. He has returned to a freedom that he vaguely remembers like a distant star twinkling from another galaxy. This resurrected liberty comes with a mule that fusses over him and a Navajo pony who squeals and stomps with flourish. Traveler ignores the hysterics, and the three are inseparable.

I require Traveler to pay the rent with daily whale-breathing into my mouth. But this exacting landlady knows the truth:

Traveler is the one who has brought US home to HIS heavenly realm. 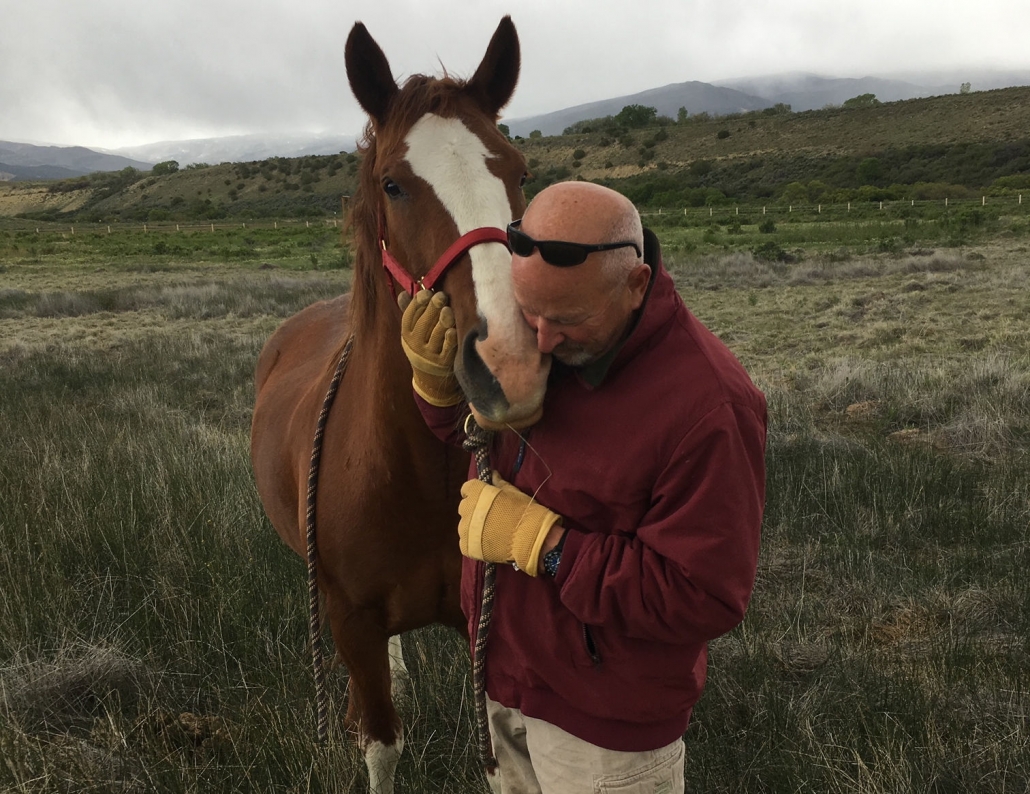