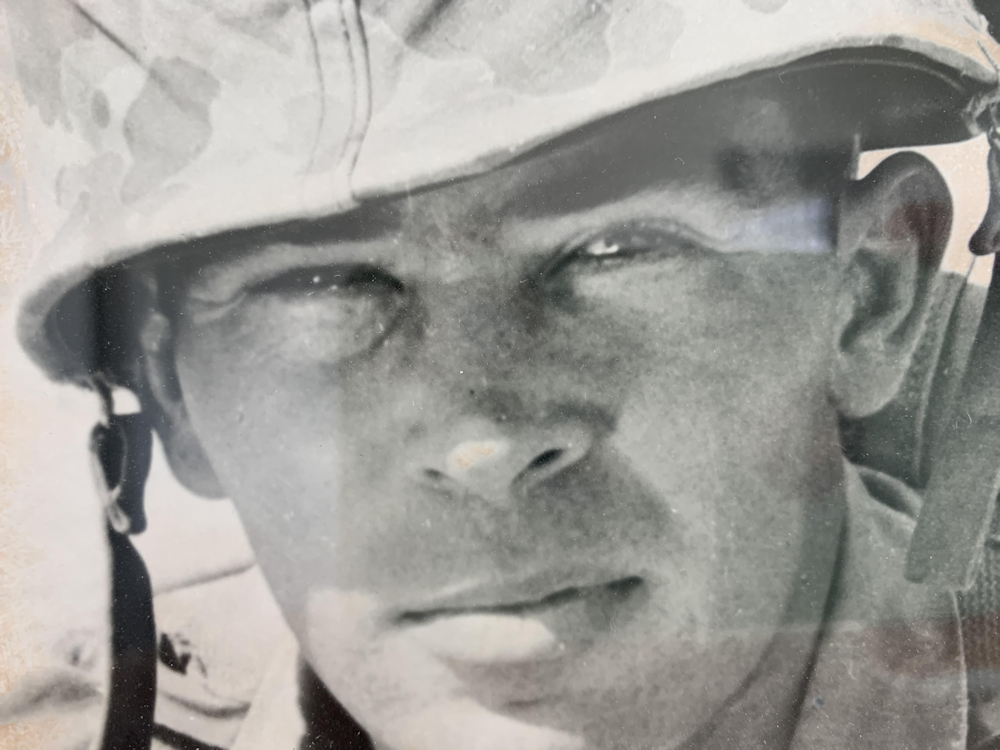 The Very Large Array is a field of twenty-eight white telescopes beaming radio waves into the cosmic void near Magdalena, New Mexico. Futuristic metal heads rotate in precise, silent sync on a red desert floor crawling with prehistoric lizards. Dusk is descending and my father and I are hours from nowhere surrounded by remotely-operated alien detectors.

The Colonel and I were in northern New Mexico in my red Silverado truck. Most of the day we had driven through isolated terrain littered with the cowboy debris of barbed wire twisted around splintered fenceposts heaped in tumbleweed-choked arroyos. The high desert is spectacular in fierce beauty and barren wreckage.

The gas gauge needle fluttered below the red line. From the corner of my eye I saw the “James Dean look” of The Colonel in serious thought; worried brow, but everything light and funny in the mouth. Our chronic uncomfortableness was paradoxically comforting. The truck heaved and rolled in deep, rocky ruts like a ship on rollicking waters as impending doom engulfed our silence.

The setting sun caught a shiny object in the far expanse; a trailer dancing in a heat mirage. Lurching on the last spits of fuel we jack-rabbited into the junk yard of a battered airstream. Dozens of sun-bleached washing machines and vandalized farm implements had found home in this remote locale. The door to the trailer was swinging crazily on a wire. Someone inside watched us as we sat motionless in the truck looking out our respective windows. We must have appeared mad.

Breaking the uneasy truce, he threw us neither glance or word as he stepped out. A red bandana tied at his neck with rakish panache punctuated the jet-black mustache in his craggy face. Diminutive, fine-boned and tough as a dried cactus, he sauntered to a sway-backed picnic table where an axe head was stabbed in the weathered wood, its long handle erect like a flag post.

As he lifted the axe from her resting divot, a tender, dreamlike rumble accompanied his actions. A deft blow split the first cantaloupe into an open bed of white seeds and apricot-colored flesh. The eerie sound escalated into a crescendo as the sweet, moist scent rippled into the dry air. It was the single note of savage voices. It growled. It purred. It was unearthly and unsettling.

The desert floor writhed with furry bodies migrating to the source of orange, wet, open fruit. They leapt on the table as if one organism. Teeth barred, ears flatted, eyes yellow and wild, claws extended, they devoured their melon prey. Whiskers wet with strings of ochre pulp, crouching and swaying over their dissected kill, they ate voraciously. All guttural growling feral felines.

Dapper Mustache continued to swing his silver-headed axe, each arc splaying open another cantaloupe. Scores of cantaloupe. Hundreds of felines. The Colonel and I watched in consumed fascination.

Suddenly it was over. The desert sky awash in ethereal turquoise and soft rose rays, the cats and their cacophony had vaporized into tranquility. Dapper Mustache filled the red truck from a caved-in oil can with just enough gasoline to get us out of the rarefied dimension of the bizarre.

The Colonel and I drove late into the night to Farmington. We didn’t speak. But neither had Dapper Mustache. We knew the slice of whimsy nestled near Magdalena could never be put into words. 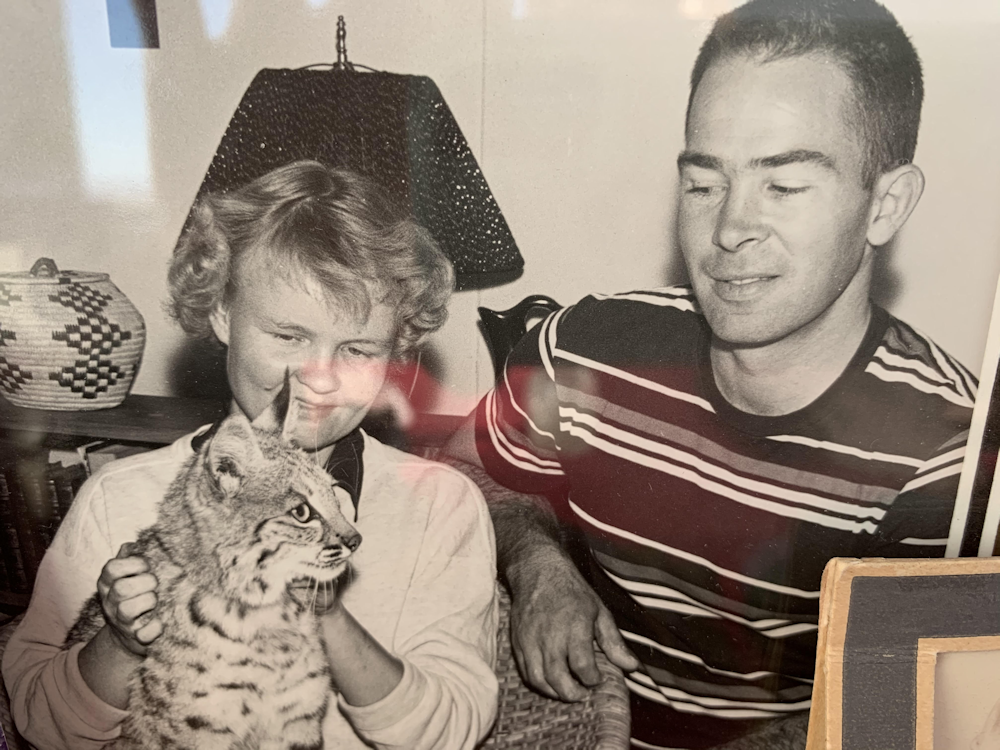 The Colonel and The Blonde with Bell the Bobcat